Unitized curtain wall system ALT EF65 was designed to create curtain walls glazing using ready modules (elements), which were assembled in a workshop beforehand. This way of assembling allows to omit the process of scaffold installation and makes high-rise construction a lot easier. 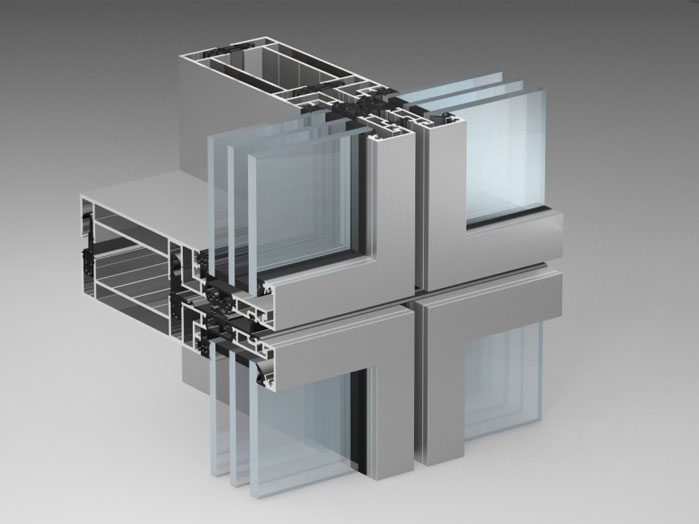 The main components of this system are frame profiles and transom bars which form units. Infill units in such constructions are fixed with the help of glazing beads and wedge gaskets. Gasket kit is used for joining and caulking of the units together.

ALT EF 65 system allows to fully assemble in a workshop and easily install on the building sight large panels and glazed units (including installing of such elements as stationary window frames, ventilation systems and special below-window wall panels).

Unitized curtain walls are assembled in the following order

First step
Units from aluminum profiles and IGUs (glass, solid infill units) are assembled on a plant.
Second step
Land surveying of the building and bearing structures installation on a slab.
Third step
Produced units are packed and shipped to the building sight in containers, where they are hanged on the bearers fixed to the slaps.

Due to high-level of workshop assembly unitized curtain walls have advantages over mullion-transom faГ§ade in mounting terms and assembled structure’s quality, meaning: